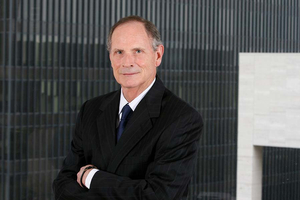 Petrie Parkman & Co., the firm he co-founded in 1989, was sold to Merrill Lynch in December 2006. During the seventeen year history of Petrie Parkman it was engaged in providing financial services to the energy industry including representing clients in mergers, asset transactions, restructurings, private placements and underwriting of securities. Petrie Parkman became a leader in its businesses and was recognized in several publications as the best in the energy advisory sector before it was sold in 2006.

Prior to the formation of Petrie Parkman, Jim Parkman was a Managing Director of The First Boston Corporation where he worked in the New York M&A Group as an energy specialist beginning in 1982. He came to First Boston after working for Saxon Oil Company and Texas Eastern Corporation from 1975 to 1982. His first professional job as an economist for The Federal Reserve Bank was accepted after receiving his M.A. in economics from Texas Tech. Prior to that he served as an officer in the U.S. Air Force after completing his undergraduate degree (honors) at Mississippi College in 1972.

During his career Mr. Parkman has advised public and private companies, directors, investors and government officials on strategic and transaction objectives. He was extensively engaged in numerous takeover defense situations in the 1980s and was responsible for organizing energy company asset restructuring programs during that same period. His involvement in energy industry transactions extended through 2006 as he developed a leading provider of acquisition and divestiture services and established a leading merger advisory service. In the late 1990s Mr. Parkman created a service to advise both creditors and debtors in bankruptcy resulting in several significant reorganizations and recapitalizations. His service to private, public and institutional interests includes assignments for the U.S. Government (the largest privatization in U.S. history) and the Kingdom of Saudi Arabia (natural gas initiative).

Jim Parkman resides in Houston, Texas and has two grown children and three grandchildren also residing in Texas. He is a strong supporter of educational charities primarily through the Susan K. Black Foundation. This entity, founded in 2001 by Mr. Parkman in honor of his late wife, is involved in advancing art education through school programs, workshops and museum programs.